One for Sorrow debuts in Italy this month. Here’s the cover of the book there. And they’ve retitled it as The Secret Voice of Crows, since the title doesn’t translate well because of the rhyme from which it comes not being part of the culture there, I think. I like the new title as well. They’re comparing it to the film Donnie Darko, which I also like a whole lot. I hope my Italian readers like the book. I’ve had the most wonderful conversations via email with my publisher and translator in Italy over the past few months, and hope I have the chance to meet them one day. 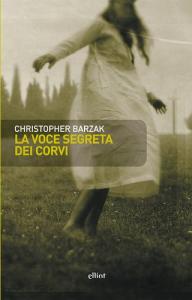 This book has felt like a non-stop birthday party. It’ll be over one day, but I’m still having fun until then.