My first full length short story collection, Before and Afterlives, released this week! I’m sort of over the top excited by that, because since I was a teenager, I imagined my first book being a collection of short stories, something in the vein of Ray Bradbury or Shirley Jackson, but contemporary in style and setting. They were two of my favorite authors for the longest time, and I still feel their influences on me all these years later, after publishing a novel and a novel-in-stories prior to my adolescent-imagined short story collection. 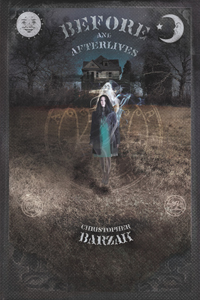 Before and Afterlives collects the majority of what I think of as my best and better stories from the last decade, the first decade of my life as a publishing writer. They are mainly stories of the supernatural, or contemporary fantasies (the word fantasy writers and publishers used to use for what is often now called urban fantasy, which is a term I think is too limiting in terms of setting). But there are several speculative fiction/scifi-ish stories included in the collection as well. In many ways, it’s the kind of mixed genre collection I used to enjoy as a young reader: in one story you’ll encounter a beached mermaid who is taken in by a woman whose daughter has disappeared, in another you’ll witness a haunted house destroy the lives of several different families over a century, and in yet another you’ll come across a young man whose lover has been stolen away from him someone who just might be an alien. There’s a girl who can call ghosts to her, and a man trying to survive the end of the world. There’s a contagion that causes people to vanish, little by little, and there’s a young man who makes his living by allowing other people to kill him for a fee, and to let them witness his remarkable ability to resurrect.

If I hadn’t written all of these stories, I would totally be wishing that someone else would have. I think that’s the writer’s impulse really. They’re readers who have become so obsessed by story that they are eventually moved to create their own stories, the ones they can’t find written by someone else.

It’s an odd thing. When I was growing up, short story collections were read as much as novels were, but times have changed. The poor short story has lost ardent fans the same way poetry has over the decades, and while I personally can’t understand why this would be–short stories are, to me, the perfect size to contain a narrative in its most distilled form, like strong whiskey–that’s how things are, regardless.

And on top of that, a lot of story collections are now published by smaller, independent presses, which have taken up the slack of larger, corporate publishing houses who specialize in producing novels. This also means it’s harder for those presses and authors to make people aware of their collections. My publisher, Lethe Press, went out on a limb to publish this collection, and I appreciate the efforts of the publisher, Steve Berman, and the beautiful interior design work done by Alex Jeffers, along with the awesome cover art made by Steven Andrew, in the production of this book.

So, dear reader, if you’re interested in helping me spread the word about mine, you can help in a variety of ways:

1.) Buy the book, and then review it somewhere. Like Amazon.com, or Barnes and Noble.com, or on Goodreads.com, etc.

3.) Buy the book for someone  who is your frenemy and that you’re sure they won’t like it.

4.) Tell other people about it.

5.) Ask your local library to purchase a copy for the shelves.

6.) Ask your local brick and mortar bookseller to order it for their shelves.

7.) Have someone drive you down the street while you lean out the window with a bullhorn, announcing the title of the book and throwing candy at the youngsters lining the sidewalk.

10.) Run for political office with the book as your main platform. Be sure to reference it in all of your speeches.

I’m sure there are other ways you can help, and I welcome any additional modes of promotion that I haven’t thought up yet to be listed in the comments of this post!

But in essence: new book is out! Thank you for buying, reading, reviewing (buying even if you don’t read or review it), and for being there, reader, both the ones who know who they are and the ones who don’t know just yet, but soon will be. 😉